The Coffee House: A Brief History

The first coffee house in this country opened in Oxford in 1650; by 1683 there were more than 2,000 in London. They created a distinctive social culture by treating all customers as equal and played a key role in 18th century financial, literary, scientific and political change. The news of the day was discussed, merchants held auctions of goods, writers and poets conducted discussions, gave lectures and demonstrated their experiments, and philanthropists deliberated reforms. The London Stock Exchange originated in Jonathan’s Coffee House, and Lloyds List, the first daily paper, was produced in Edward Lloyd’s Coffee House. Political parties, insurance companies and the scientific symposium were also born in coffee houses. Coffee houses were so popular that tipping was born: incoming customers wanting good service and better seating dropped coins into a tin labelled “To Insure Prompt Service”. At the end of the century coffee cost 1d (equivalent to £1.80 today).

The forerunner of today’s espresso machine, forcing hot water through ground coffee beans by using steam, was invented in 1822, three years after the first percolator. Decaffeinated coffee was produced in 1903; instant coffee followed in 1909, but only became popular with the advent of commercial television in the 1950s: a commercial break was too short to brew a pot of tea.

Tea drinking also became popular in the second half of the 17th century, and by the early 19th century Britain was importing some 15,000 tons of tea a year from China; to rectify the unfavourable trade balance, the government established tea plantations in India. Tea came to be recognised as an invaluable drink during the Industrial Revolution, being cheap, non-alcoholic and, mixed with milk and sugar, providing sustenance for people working long hours.

In 1864 the manageress of the London Bridge branch of the Aerated Bread Company persuaded the directors to let her serve tea and food in the shop. This laid the foundation for the emancipation of women, as an unchaperoned woman could meet her friends in a tea shop without compromising her reputation.

We hope that Berry’s is a worthy successor to the early coffee houses. By a pleasing coincidence, the main house is of the right era (built in 1703) and was in the 18th century known by the sign of the Green Dragon. One of the most famous coffee houses in Boston was The Green Dragon, frequented by Paul Revere and others plotting revolution against England. 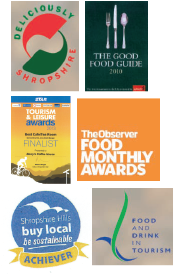 Gift vouchers to any value are available. Call in or post a cheque.

We have four rooms including a lounge, conservatory and a courtyard.

Berry's Coffee House is in the top 10% of restaurants worldwide. 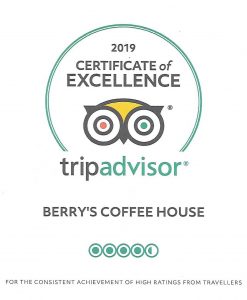 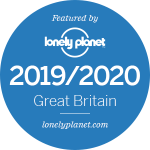